Riobamba is located at the very heart of Ecuador in the shadow of the countries largest mountain, the 6,268 meters (20,565 ft) extinct volcano Chimborazo.

It is one of Ecuadors most beautiful cities with many heritage listed buildings and cobblestone streets and a favorite amongst Trekkers, Mountain Climbers, and other Adventure Seekers because of its beautiful views and close proximity to many of the countries best treks and largest mountains.

Locals often call Riobamba the “Valley of the Volcanos” because it is surrounded by four of the largest volcanos in South America. The extinct volcanoes Chimborazo and its smaller 5,000meter brother Carihuazo tower over the western side of the city. To the east looms El Altar which experts believe was once bigger than Mt Everest but violently exploded 400 years ago leaving only 9 jagged and glaciated peaks that reach 5,500 meters in the sky like a giant claw. To the north of Riobamba is the active 5,000 meter volcano Tungurahua which can be safely seen smoking large plumes of ash and lava into the air.

Riobamba: The Trekking and Climbing Capital of Ecuador

Riobamba is the capital city of Chimborazo province which has the highest percentage of indigenous people in the country. Many indigenous communities surrounding the city come to Riobamba to sell organic fruits and vegetables in the marketplaces wearing traditional clothing and speaking the local dialect of Kichwa more than Spanish.

Riobamba is a very safe city and its possible to walk around the streets with a camera without fearing being robbed like in Quito or Guayaquil. Because the city is off the beaten track it isn’t swarmed with tens of thousands of tourists like Quito and Cuenca giving the city a more authentically Ecuadorian feel and making it the perfect place to learn Spanish.

Riobamba is also called the “City of the Students” because it has more universities per capita than anywhere else in the country. There is a great nightlife on the weekend as all the clubs and bars fill up with the students and the main street comes alive with people having fun.

As the trekking and climate capital of Ecuador, Riobamba is also the home of Ecuador Eco Adventure and Ecuador Open Tours who have a small backpackers refuge for climbers called the Riobamba Base Camp. 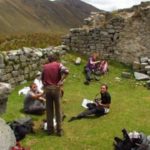 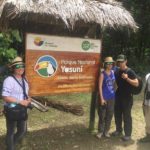 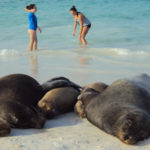